By Chris Kline August 29, 2010
I suck at blogging now. I freely admit it. The good news is that I know no one really cares. I just finally figured out how to get pictures off my iPhone (which I've had for 4 months or so), and I managed to grab pictures from lots of different activities this summer that I meant to report on, but which got forgotten. So, working backwards in time, here's some neat things I've been involved in.
LA Trip
I have been traveling lots for work in recent months. Recently I had a trip to SoCal and managed to take an evening to go back to the Los Angeles Temple, where I was sealed to my parents in 1979. To my knowledge, I hadn't been back since. 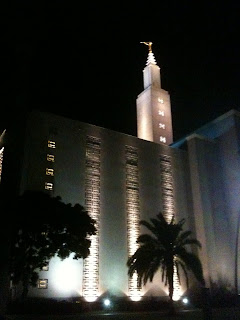 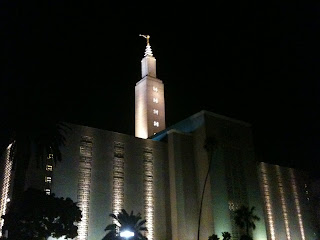 Just prior to that, I also drove over to Santa Monica and found the house my grandparents lived in until I was 12 or so. The home is nearly completed obscured by landscaping now. Absolutely amazing neighborhood, though. It's within walking distance of the beach, right up on the hill above the Santa Monica Pier. Serious bucks. 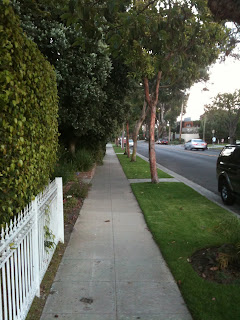 The house has been beautifully maintained, along with everything else in this older neighborhood. Everything was immaculate. 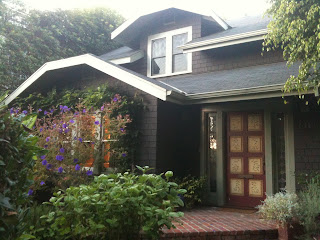 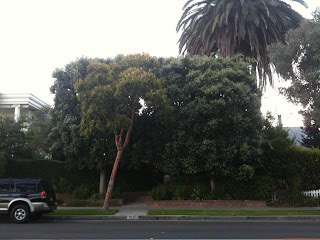 Can hardly see the house itself from the street.

The best part of the trip to LA was the rental car. Hertz finally saw fit to give me a smokin upgrade, and I was treated to a yellow 2011 Camaro with all the bells and whistles. That thing is scary fast! 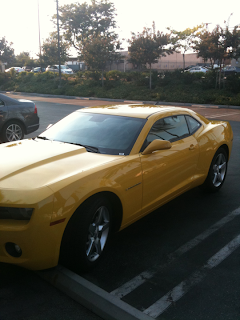 Unfortunately, the tire-pressure warning activated about 20 min after I left the airport. I filled it back up for two days because I didn't want to give the car back. It was just sooooo much fun to drive. Mostly I got to put my foot into it on the onramps, since the freeways themselves are so crowded and slow.

Finally, I contacted Hertz and made arrangements for a like-for-like exchange. The new car was a silver one, which didn't have all the toys but which was equally fast. It was the most fun I've had driving in a long time. 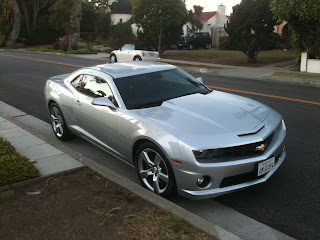 Took the kids to the Boulder County Fair Demolition Derby again this year. Sadly, Misha didn't get to go because of some things she'd done. Found some great ear protectors at Harbor Freight for Kristen. Made the super-loud event much more fun for a 5yr old. 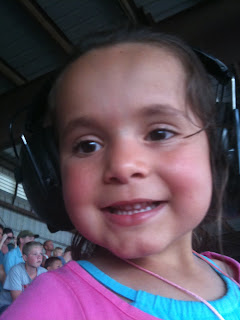 Here's a short video clip that shows just how loud these things can be.

Science Museum
We joined the Denver Museum of Nature and Science this year since we knew we'd be traveling to other cool museums, and the exchange network allows us to go to the others for free if we're members. The DMNS has a new-member night with dinner and exhibits last month. It was fun, and we really liked that it wasn't crowded like normal. Grandma and Grandpa Rice went with us. The kids enjoyed playing in the rubber pieces, "digging" for fossils. 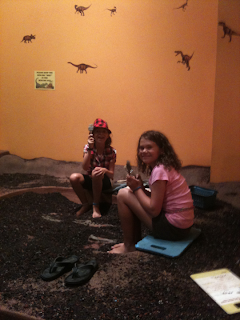 RMNP
Took the family up to Estes Park in July and had a wonderful time. We don't spend as much time together as we once did, and days like this are becoming very memorable. We went to several places in Rocky Mountain National Park, managed to avoid the worst of the rain, and even got a good hike in to Alberta Falls. 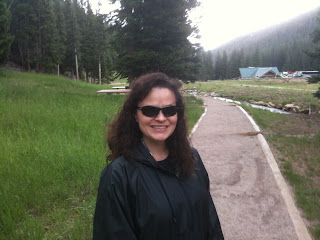 Farm
I took (read: made) the kids to the church farm again this year. It's an hour drive, and you have to leave about 5am, so it's a very early start. Then you walk through the half-mile-long rows pulling the big weeks. The kids say they don't enjoy it, but I bet it's something they remember when they're older. They didn't appreciate my picture taking, either. 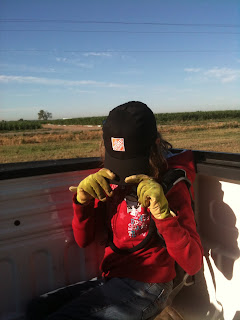 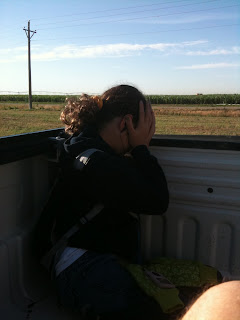 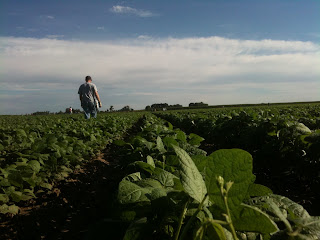 Laser Tag
For a family activity earlier this summer, we went to do laser tag. All together! The younger girls were a bit trepidatious, as I think was Jo. But we had a great time, and shooting one another turned out to be lots of fun, even for Jolayne. Good workout, too. 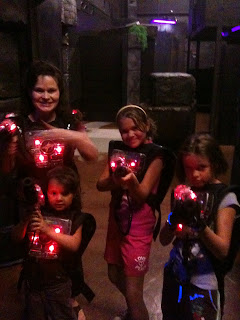 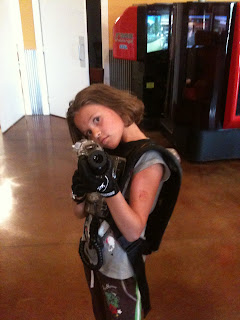 July 4th
Finally, we spent July 4 in Colorado Springs. Jolayne blogged about our trip, so I don't have to. However, I just found this silly video that Amy made in our hotel room, which I'm simply posting for posterity. Now I have something to hold over her head.

kevandcan said…
Great post, Chris. I love the pictures, especially the one of Nama and Papa's house. Brought back a lot of good memories.
August 30, 2010 at 3:40 PM

Lori said…
Oh i loved this post! I like hearing about your fam from your point of view, and i love all of the pics! The lazer tag pic is great.
September 3, 2010 at 7:50 PM