Showing posts from 2020
Show all

UPDATED: September 2020 with added tips from experience I routinely lead customer workshops as part of my profession. 100% remote work is changing things in a major way!  Workshops are not designed as remote experiences; yet here we are.  I led my first remote customer workshop this week!  As expected, it was definitely a different experience but it worked pretty well.  I learned some significant lessons  along the way and thought they'd be a valuable share (beyond this forced-quarantine time).  Delivering workshops remotely certainly isn’t the preferred method.  But there's surely things we can do to make them as effective as possible. Tips: Energy.   Start with uptempo. music, jokes, and a high-level overview of what you're going to accomplish and how.  Have handouts that give people a strong mental model of where they are in the process.  They'll tune out and get bored otherwise. PRO TIP: I love to use a concept called ELMO using an Elmo plush doll.  ELMO s
9 comments
Read more

NOTE: This post is an update to an original post on LinkedIn in April 2018 . I've attended a lot of presentations over the years. And I mean A LOT! And I've given more than a few as well. Over those years, it's become obvious that the corporate world is very much stuck in a rut. Too often, the presentations are entirely forgettable and might as well be repeats of similar talk tracks from years or decades past! As speakers, it seems as though our message has to be plastered all over a slide in order for us to talk about it. We literally read the words on the slide to one another.  We're fearful these days of just talking eye to eye about a topic we're passionate about. There's tons of books, articles, and teaching about how to make better looking or more meaningful presentations. I love much of that content. But I want to share a different angle on improving presentations. Much of the content you'll find when searching on presentation tips
1 comment
Read more

In the midst of the worldwide pandemic we're each now navigating, we are obviously in uncharted waters in all aspects of our lives. Professionally, nearly every one of us is now working from home (WFH) full time. Though many folks have long WFH'd one day per week or on occasion, it’s a very different thing to become a full-time remote worker. Some of you are adapting to very new ways of working that might at times feel awkward. Here's some tips from those who have been doing the WFH thing for years. Routine. As much as you can, try to maintain a normal routine. That means starting the day on time, getting ready for work as you normally would. You might not be dressing up like you would for the office, but there’s mental value to the whole “getting ready” routine. If you wake up and immediately hit the laptop to start into emails, you don’t get that important ramp-up/ramp-down time in your day. Take breaks as you normally would. It’s not uncommon to find yourself si
1 comment
Read more

Tell Me a Story. 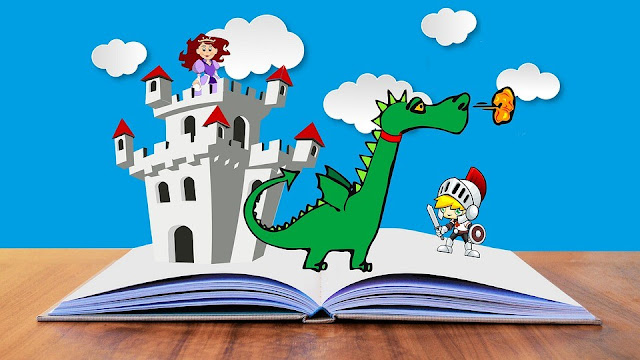 In my profession, I’m often presenting and speaking publicly, often about technical topics. But last week, amidst the life-changing times to which we’re all now adapting, I was listening to a COVID-19 presentation from a virologist and biologist when I had an epiphany. No, nothing related to the virus; that’s for another time. I had an epiphany around the way we communicate. I sat for 90 min listening to incredibly intelligent people explain highly technical topics in a way that I found both interesting and relevant, but on topics which I was having trouble completely comprehending. The scientists were just speaking at their normal rate—zippy—because it’s their daily expertise, and with enough “A=B=C” style tonality to keep my head a half-step behind where they were at. As they concluded, I realized this is exactly how our audiences in technology/business often feel when we’re done speaking to them.  We—as vendors especially—quickly become accustomed to having topically similar con
Post a Comment
Read more

By Chris Kline January 01, 2020
I've been trying in recent months to provide some professionally relevant content to share.  I started by using LinkedIn article posts, but I've grown tired with its very limited set of editing tools.  I looked at medium.com, but I'm not trying to monetize my thoughts.  So I'm back to a blog I've ignored for years.  Stay tuned.
Post a Comment
Read more
More posts